As both a musician and dulcimer maker I make dulcimers that meet my own demanding requirements as a player. This link will show you my dulcimers for sale.

I strive to combine the best elements of traditional dulcimer making with the techniques of historic and modern lutherie to make a beautiful, responsive dulcimer that is a pleasure to play.

I blog about the exciting life of being a dulcimer builder and musician and you can follow my daily adventures as a dulcimer maker on Instagram. 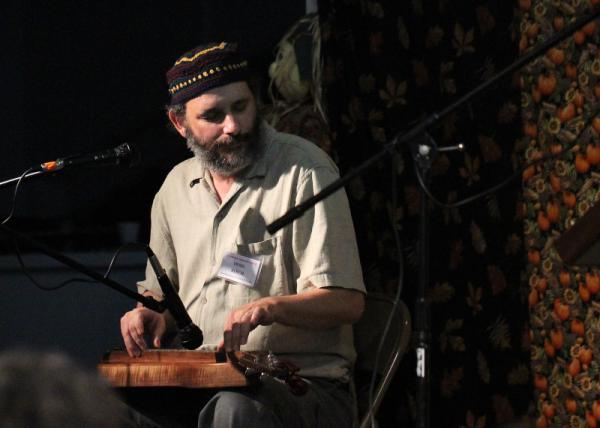 I have been performing, teaching and making dulcimers since the mid 1970’s. During the 1980’s I toured throughout the United States and performed at many folk festivals, dulcimer festivals and concert venues. I recorded two records (Yes, records, the big round flat black vinyl things) for Kicking Mule Records.

In the early 1990’s I recorded two cassettes (more antiquated technology, is there a theme here?) with one featuring a tune I composed on hammered dulcimer called “Ocean of Wisdom” that has been performed and recorded by several other hammered dulcimer players. My work appears on dozens of albums and soundtracks as a support musician.

I performed, recorded and toured with the Celtic ensemble Colcannon for 10 years. I taught at The Swallow Hill School of Music in Denver, Colorado for 10 years.

I took a long break from performing and making instruments full-time. During this time I was pursuing other interests.  I also worked at Elderly Instruments in Lansing, Michigan for about 12 years.

Musically I am inspired by the traditional music of the world, the rock and roll I grew up with, and anything else that comes along.

Let love bring you back to the present and remind you what really matters.The Gyalwang Drukpa

It's a fun moment when the first coat of sealer go