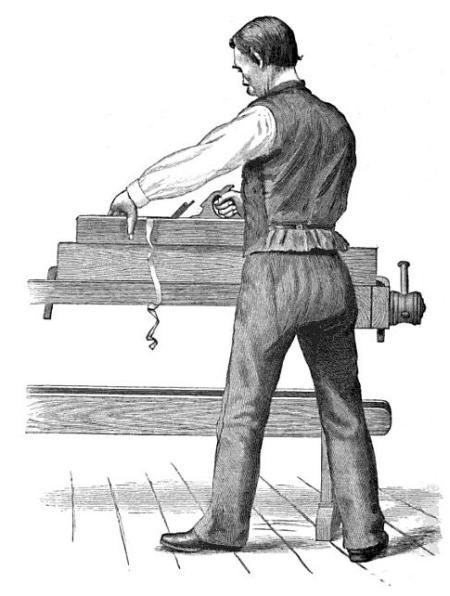 Those of you who know me are aware that I live for fashion, Sometimes this vain habit gets in the way of working efficiently.

Why, just this evening, this very evening, I took so much time deciding what to wear while joining dulcimer soundboards and backs that I completely forgot to check if my jointer plane was as sharp as possible!

I started shooting joints and things did not go well. The plane was sharp and was making fine shavings but I could not create the tight 32″ center joint usually produced.

Suddenly it dawned on me; is this plane as sharp as it could be? Is the plane making the finest shaving it is capable off? Is it really okay that I am talking to myself?

And behold! That little bit of stropping allowed the plane to make finer shavings than before! Straight, perfect joints were now not only possible but easily produced!

The sky seemed brighter, even though it was night. Somewhere birds were singing. People everywhere got along with each other.

And then I woke up.