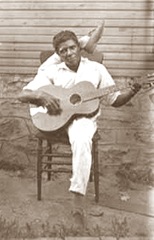 Musicians spend a lot of time with their bodies in postures specific to playing their instrument. This can cause a number of physical problems such as stiffness, fatigue, cramping and chronic pain.

If a musician has a physical condition that exhibits similar symptoms the side effects of playing an instrument can exacerbate the symptoms making it much harder to comfortably play. This has been my situation for quite a few years. 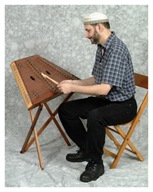 I find it difficult to play the hammered dulcimer for an extended period of time; it aggravates some physical problems I must deal with.

Since I was determined to keep playing I have found a number of things that are very helpful.

I’d like to share some exercises that have made a world of difference for me. I have shared them with musicians and friends who have found them helpful as well.

I use these three exercises before I play and during breaks. It makes a world of difference!

This exercise helps keep my upper back and shoulders loose. It really helps with some of the aches from having my arms out in front of me when playing hammered dulcimer.

This exercise stretches my entire back. It especially takes some of the edge off of my hips and lower back

I do this exercise before and after a session of playing. It gives my entire body a bit of a work out and gives the muscles I don’t use when playing something to think about!

I found these and several more exercises on a page I highly recommend for anyone with back trouble. It can be found here.

I first learned on a 12/11 and it proved to be a versatile and intuitive instrument.

The lowest note was G below middle C and it played easily in D, G, C, F, A and all the modes and relative minor keys based on those scales. The various scales offered enough notes that could be borrowed to get most of the accidentals I needed and in a pinch I could retune one or two courses to give me a note outside the usual pattern.

I played a number of 12/11 dulcimers through the mid 1980’s. During this time most other professional players were playing dulcimers that were 15/14, 17/16 and the various chromatic dulcimers that often had a few extra bridges.

I began to follow the trend and played a

wonderful Cloud Nine 15/14 for a few years. Then Michael Allen of Cloud Nine made me a fully chromatic dulcimer that went down to G an octave below middle C. I loved the extra bass notes and these instruments inspired new directions in my playing.

Over the years I have developed some back problems that are aggravated by playing the hammered dulcimer. In my search for ways to overcome this I occasionally would play a smaller dulcimer, usually a 13/12.

while. Playing a smaller dulcimer had an ease and familiarity that I thoroughly enjoyed.

The lack of lower range caused me to be more creative with harmony and chord voicing. There is an intimacy I feel with the instrument that escaped me when playing a large dulcimer; there is less distance, in a manner of speaking, between myself and the instrument.

I also appreciate having less strings to keep in tune and less weight to haul around.

Working on what will be the back of a curly walnut

I plane a gentle radius on the back braces. A fe

Crema is my copilot.

Making spruce braces for a mahogany dulcimer back