play dulcimer with three separate strings. Many dulcimer players use a doubled top string and a single middle and bass string.

I have assumed that the doubled top string probably came about to give the melody more volume against the drones when playing in the traditional style. 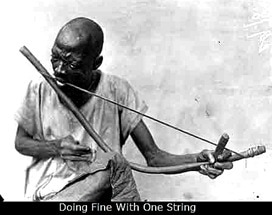 I prefer the ease of action and evenness of sound from string to string that three separate strings provides.

I have heard many players do wonderful things with four separate strings.

And six strings (three courses of 2 strings) is always fun.

Any opinions? What do you prefer?

As an instrument maker I offer all string arrangements.

It is neither wealth nor splendor; but tranquility and occupation which give happiness.