To start off I would like to say that it is my firm belief that nothing is perfectly flat, straight or in tune. Everything on earth seems to always be a little bit off. This includes myself from what I have been told.

That being said, hand-planing the thin stock used for dulcimer tops, backs, sides and fretboards requires a flat bench.

I bought this bench several years ago for a very reasonable price. It is made of some type of tropical hardwood and the top was made by gluing up small pieces, often with finger-joints. It has a descent quick-release vise and a usable but less than desirable tail vise

The core of the top is about 1″ thick with a thicker skirt around the edges. I have leveled it before and I know that being laminated from many small pieces makes following any sense of grain direction just about impossible. Luckily it is a bench, not fine furniture. A little tear-out will not be a problem.

First comes the hard part; clearing all the crap stuff off the bench!

The #7 plane resting on the bench will be doing the brunt of the work. All the planes on this project have back bevels to achieve a 55 degree cutting angle. This leaves a clean and smooth surface but requires more effort to push the plane.

My #8 was the first tool of choice. I recently flattened the sole  but after putting a thicker blade it in is has become untrue. Another adventure for another day. 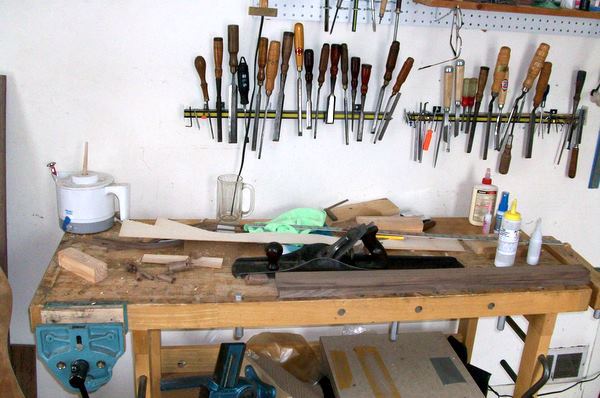 Next came taking off the vise. This was very easy. 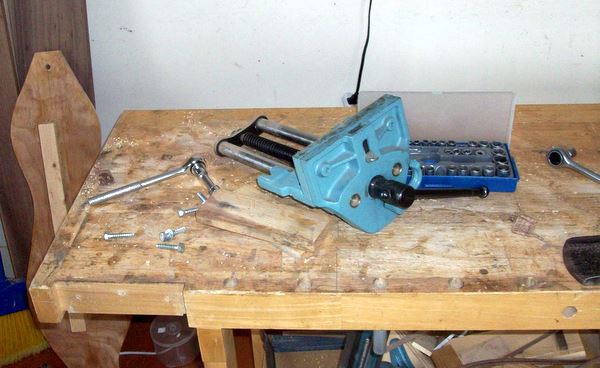 There are no action shots of me planing with the #7 plane. You aren’t missing anything other than watching a sweaty middle-aged guy get a good physical workout. Most of the planing was done cross-grain at varying angles.

I used a #5 plane for a while to clean things up a bit and then switched to a #4 to take down the odd high spot and remove most of the marks left by the previous planes. Again, it is a bench and is already pretty dinged up so I was not going for a furniture quality finish. 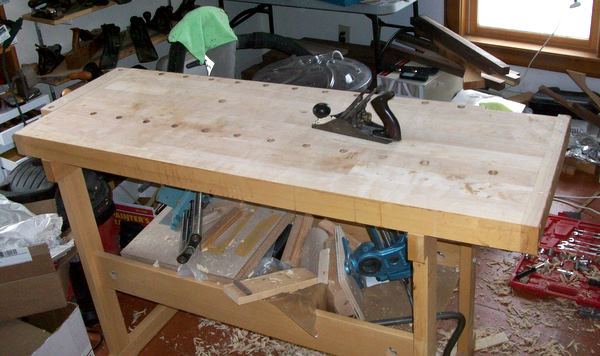 The area near the tail vise was significantly lower than the rest of the bench. I did not want to take off too much wood from the top so I chose to scribe a line showing where the low area was. This was not absolutely necessary but there are those fuzzy days when a reminder of where not to go and what not to do can come in handy!

I usually put a piece of wood between the dog in the tail vise and the stock I’m working on so this will not be a problem in practice. The stock will still be over a flat part of the bench.

After that came a coat of oil, some sore muscles and a feeling of satisfaction. 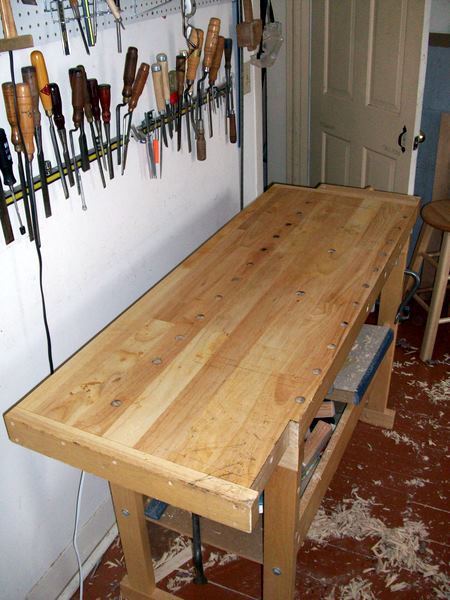 Well, my bench will be out of commission for a good part of the day while the oil dries.  Now what do I do?

Maybe I’ll go for a walk. 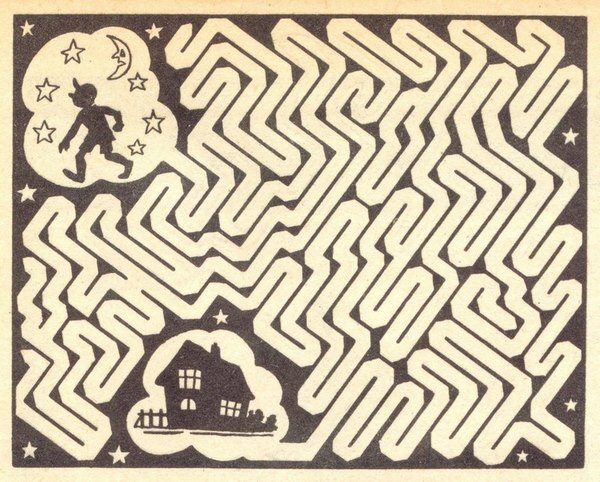 2 thoughts on “Leveling The Top Of My Workbench”

Everyone has his own specific vocation or mission in life… Therein he cannot be re­placed, nor can his life be repeated. Thus, everyone’s task is as unique as is his specific opportunity to implement it