The new album is coming along. I recently posted a rough mix of “The Seven Yellow Gypsies” for all to hear. 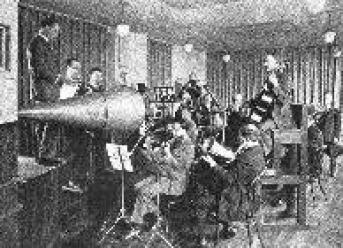 My original idea was to record arrangements that are identical to what I do when performing live; no overdubs, no guest musicians, etc.

On listening to some of the tracks I’ve recorded I’ve come to think that the act of performing live and the attention of the listeners adds a quality to a live performance that simply can’t be experienced when listening to a recording.

The listener’s attention fills the spaces in the performance that may be sonically minimal. Perhaps more important is the “now” of a live performance, an immediacy of experience that is unique to the event for all involved.

Dulcimers have no low end; the lowest note usually being the same as the D string on a guitar. This has never been a problem for me as it is simply the way things are; it is the nature of the instrument. However, after listening to 7 or 8 tracks of the new album I felt that adding a little aural color would be a good idea.

I’ve decided to add a few overdubs to several tunes. I will still focus on keeping the performances pretty much the way I do things live; I will only record pieces I can perform solo in front of people.

There are no galley-slaves in the royal vessel of divine love — every man works his oar voluntarily!