On Learning To Play Dulcimer

When I began playing dulcimer in the mid 1970’s few instruction books were available.

The available books were written in a similar format that included a history of the dulcimer, how to tune it, and how to read the author’s method of writing tablature. The bulk of the books were collections of tablature.

Playing through these books helped me learn some basic skills of playing the dulcimer but offered little help with continuing to learn.

I had taken a course in high school covering ear training and basic music theory. These skills enabled me to learn tunes and songs by ear, harmonize them, and understand how to apply music to the layout of the dulcimer fingerboard.

Learning to play by ear is an acquired skill. I takes time, patience and a willingness to become comfortable with making mistakes. Over time learning tunes by ear gets easier.

When I first attended dulcimer festivals many players were learning tunes by ear. I often taught  without using tablature. Students brought cassette recorders to workshops and lessons and went home with recordings to help them continue learning.

After a few years passed a trend began where for many people learning to play dulcimer became equated with how much tablature they could collect. At one festival in the early 1980’s almost half the class left the room after I handed out tablature. I asked why they were leaving and was told they were going from class to class to collect more tablature!

These days it is rare that someone brings a recording device to a dulcimer workshop. This continues to surprise me.

Writing music in tablature is not a new phenomenon. 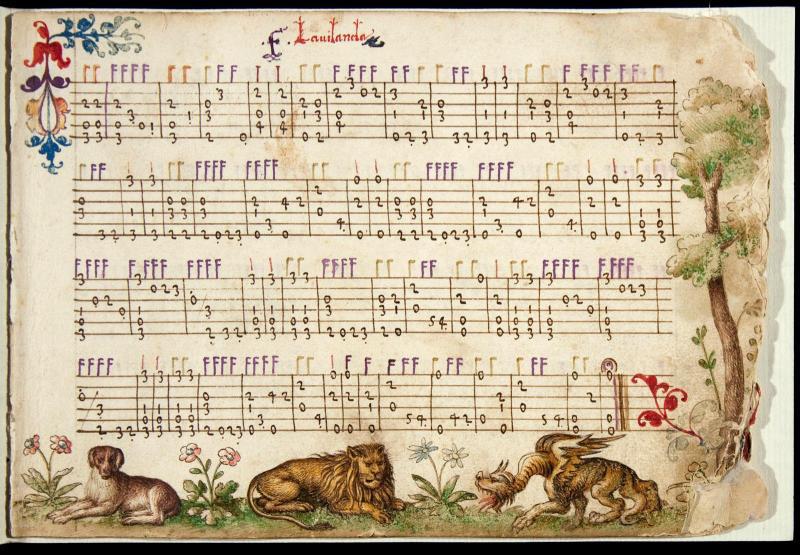 Tablature illustrates where to put your fingers on a fretted instrument. Most dulcimer tablature conveys the timing of the melody but usually falls short in illustrating how long notes other than the melody are sustained.

Many years ago the lovely and talented Barbara Truex invented a form of dulcimer tablature that allowed the author to accurately write independent rhythm for each individual string. Her tablature worked very well for my fingerstyle arrangements but unfortunately her method didn’t catch on. Some people said it was too much like reading music. So it goes.

I think of tablature as a way of conveying the skeletal structure of an arrangement. The tablature will show where the fingers need to go to get through the tune but it won’t show you how to make the piece truly musical.

If one listens to music and learns the techniques of musical expression tablature can be brought to life. Adding technique and musicality fleshes out the skeleton of a piece presented in tablature. Over time one can learn to create their own arrangements.

My suggestion is to use tablature as a tool but not as an end-all to playing, Free yourself and let your playing sing!

Friendship is unnecessary, like philosophy, like art…It has no survival value; rather it is one of those things that give value to survival.