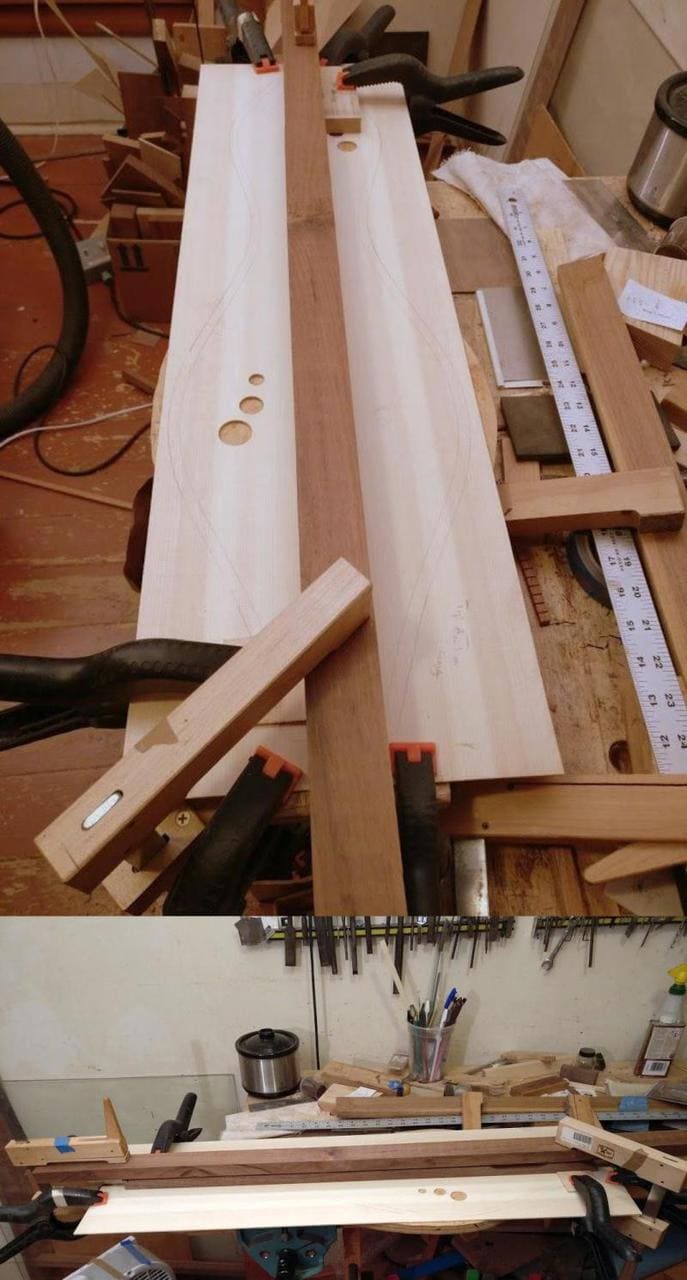 A dulcimer doesn’t have a neck but it has something under the fingerboard that sort of serves as a neck. Calling it a neck doesn’t really make sense but when the dulcimer has a fingerboard on top of the object that shall not be called a neck then appropriate terminology becomes even more confusing.

In the photograph above I’m gluing the fretboard assembly to a dulcimer soundboard.

The soundboard is clamped to a flat workboard. Two clamps come in from the sides holding scraps of wood that rest against the sides of the fretboard at either end. This makes it easy to accurately place the fretboard in the right spot and helps prevent it from moving while I apply the clamps.

You can follow more of my my action-packed adventures as a dulcimer maker by following me on Instagram.

Without music, life would be a mistake.