Yes, the life of a dulcimer builder is filled with action and adventure.

This afternoon I made it most of the way through the process of bracing the back of a curly walnut dulcimer. I have no standard pattern for bracing; the number and dimensions of top and back braces depends on the particular dulcimer. This is more a matter of feel than science, but it works for me.

On this particular dulcimer I wanted a fairly massive center brace. On a guitar this would be where the center seam reinforcement strip would go but this is a dulcimer, not a guitar. This brace will strengthen the center seam in the back and will also significantly stiffen the entire dulcimer lengthwise. I sometimes use this kind of center brace when using a very light or thin soundboard.

First the center brace is planed flat on all surfaces. 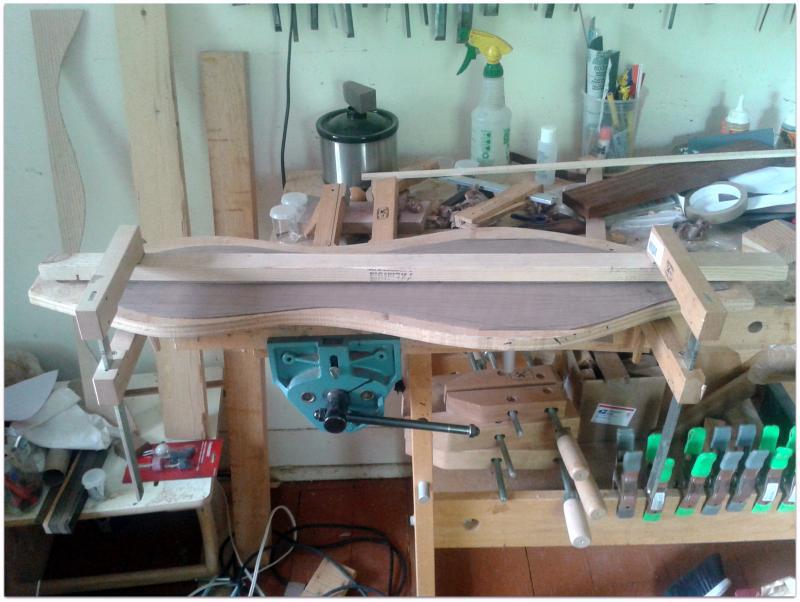 The next step is cutting through the center brace to make way for the cross braces. This dulcimer will have two cross braces. I was too busy sawing and chiseling to stop and take a photograph.

Next comes beveling the edges of the center brace with a small plane. You can see the space for one of the braces just ahead of the plane. This photograph was taken just as the work began and there were plenty more curly shaving by the time I was done. 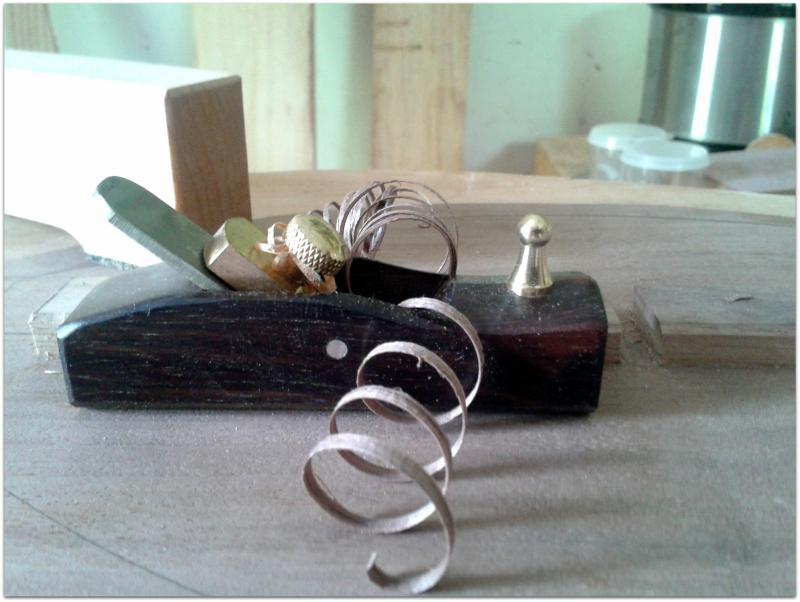 In this last photograph the two cross braces are fitted and ready for gluing. 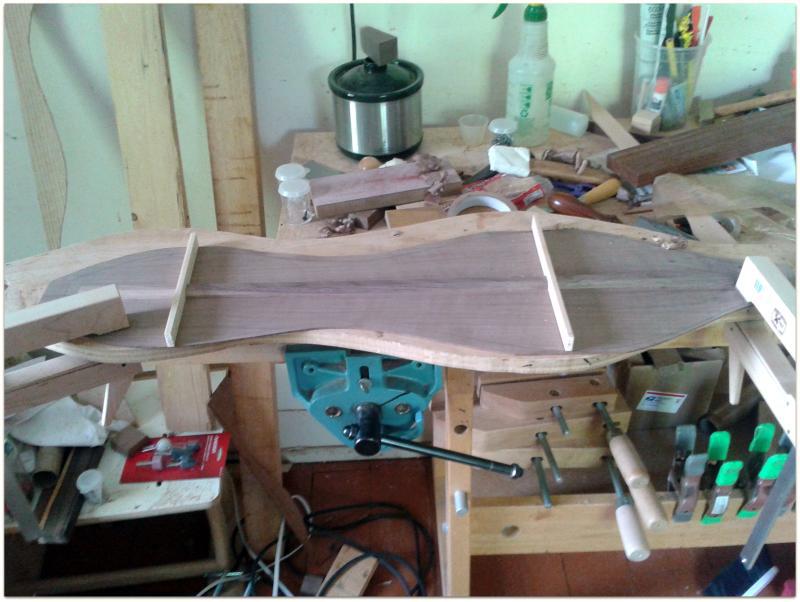 One thought on “The Fascinating World Of Dulcimer Back Braces”