Its a beautiful snowy day. I found the thickness calipers I misplaced. I leave soon to play a very pleasant gig close to home. Life is good.

I spent the morning getting two dulcimers ready for final scraping and sanding. A third is on the bench close behind.

My photographic skills are lacking but this photograph appealed to me even though it does not show the two dulcimers very well: 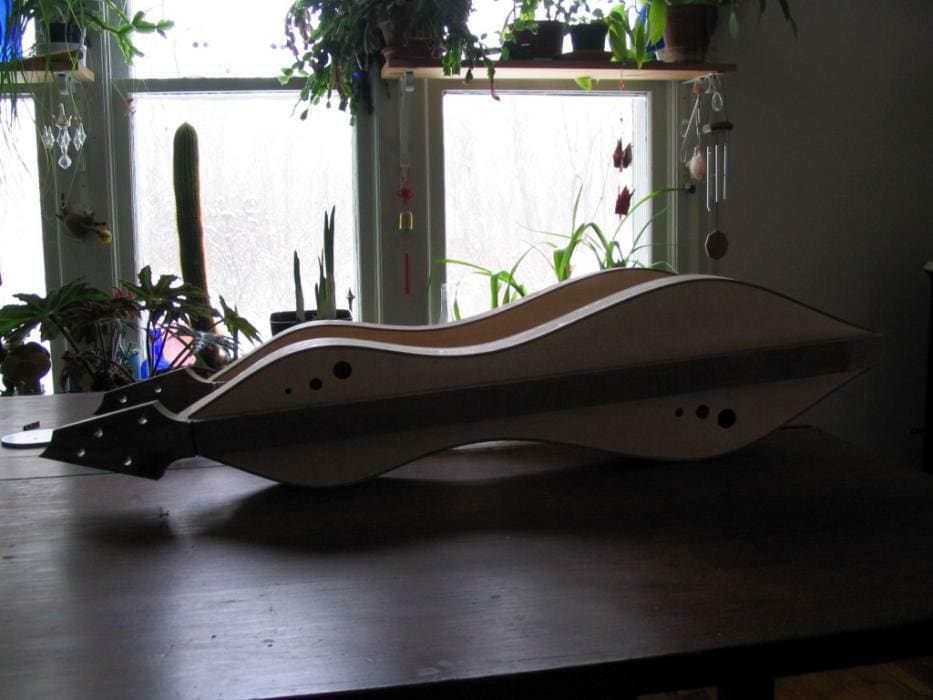 The photographs don’t show how pretty the curly maple and walnut looks partly due to my lack of photographic skills as well as the lack of finish on the dulcimers. Here are a few more:

And here are some curly cherry sets I’m sorting for the next batch of dulcimers:

Now its time to brush snow off the car and go play.

Speaking of playing, I read once that a reason people don’t take the work musicians do seriously is because it is referred to as playing. Perhaps that is why so many people through the years have felt they were doing me a favor by asking me to work for free?