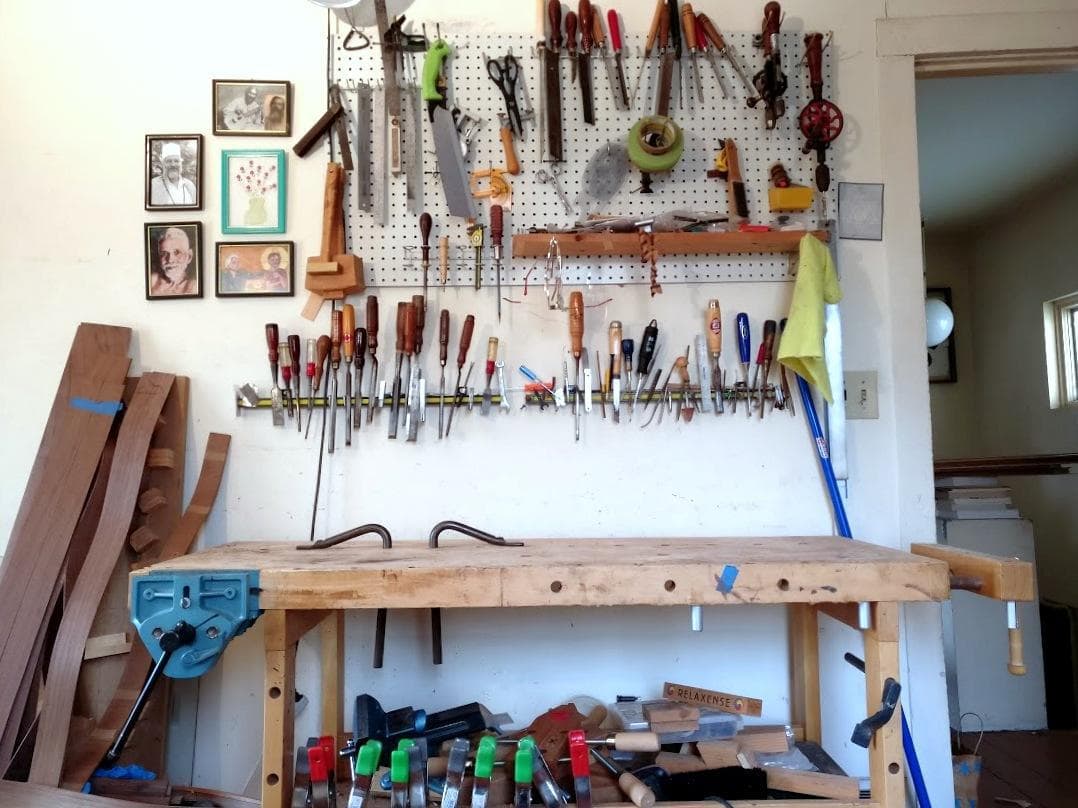 What’s on the bench? Nothing! Well, there are two holdfasts but they are really a part of the bench so they don’t count as stuff on the bench.

I’m getting ready to start work on the next run of dulcimers and that begins with some general woodworking tasks. I’ll be sawing and planing rough stock to size and that requires a clear bench top and some elbow room.

I also take the time between starting a group of dulcimers to clean the shop (within reason) and find all the tools that sometimes run and hide when I look for them.

Since the basic work of making a dulcimer starts out as rough woodwork it makes sense to start 3 or 4 dulcimers at the same time. After the rough work is accomplished I sweep up all the wood shavings and start on the finer work. Once I have the tops, backs, sides, and other parts roughed out I tend to work on the dulcimers 1 or 2 at a time. I like to focus on each dulcimer individually during the stages of work that define what qualities I am shooting for with that particular dulcimer.

I also usually go on a sharpening binge before starting the next bunch of dulcimers. I keep my tools sharp but after making a few dulcimers there are usually a few plane blades that need some grinding or serious honing, a paring chisel that has a nick in the edge, a drill bit that runs a little too hot, etc. As long as I’m going to put all the sharpening stuff on the bench I may as well sharpen everything in sight. I usually throw the kitchen knives and my wife’s pocket knife into the mix as well. I find an hour or so of sharpening to be a relaxing meditation.

I frequently post pictures of work in progress on Instagram so follow me there if you want to see a dulcimer builder working in its native habitat!

Be kind, for everyone you meet is fighting a hard battle.