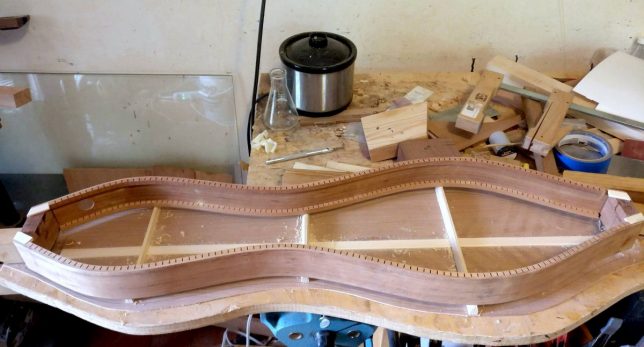 Before gluing the back to the frame I’ll be adding small braces to reinforce the side sound port.

I’m working on two other dulcimers that are several steps farther along. One dulcimer is in the homestretch, another will receive binding as soon as I bend it.

I usually build dulcimers in groups of three or four but each dulcimer is given individual attention and worked on one at a time. This isn’t the most efficient means of production but I am happier with both the process and the results of working in this way.

It is more noble to give yourself completely to one individual than to labor diligently for the salvation of the masses.