I have treated this steel straightedge very well, keeping it from direct sunlight to avoid warping and storing it where it would not be bumped or abused.

Today I was having a very difficult time leveling a fretboard. This is usually a straightforward task; I check the fingerboard with the straightedge and mark any high spots and plane them down. 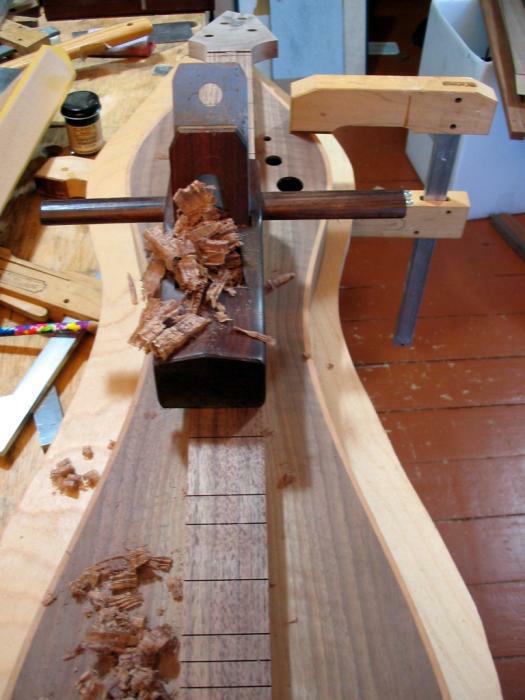 I follow up the planing with a remarkably scary sanding block. The block is trued by planing and it’s straightness is also checked using the straightedge. 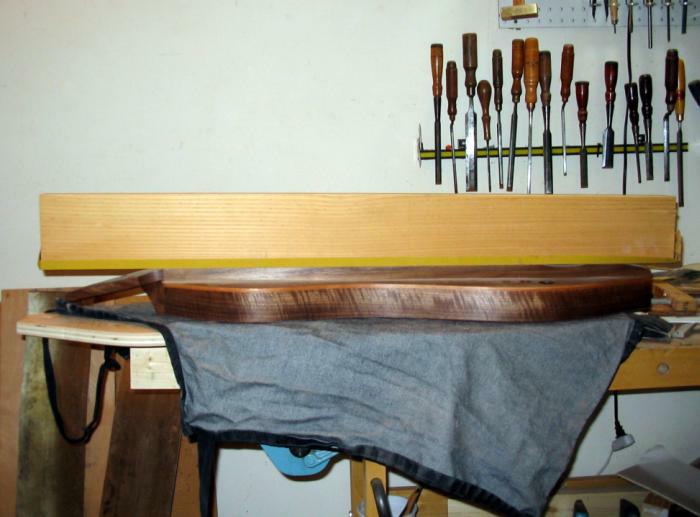 Once the fretboard is dead flat I plane and sand a bit of relief into the fingerboard. I check the depth and curve of the relief by placing feeler gauges between the straightedge and the fretboard.

After several failed attempts to get the fretboard dead flat I was perplexed; perhaps I was having a bad day, perhaps my sense of perception was off. 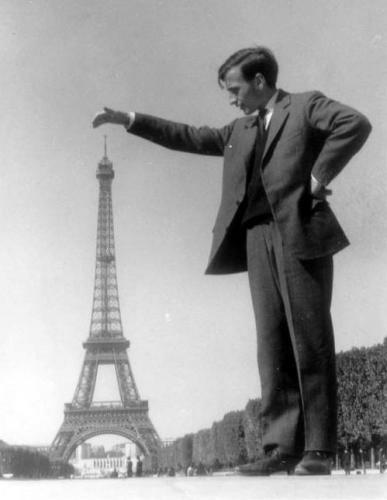 And then I thought that possibly “old reliable,” my trusty straightedge may have made the transition from accurate tool to annoying metal object. 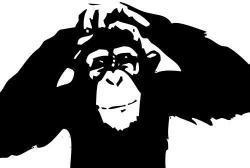 Both edges are no longer truly straight.  They both have a bit of a wave to them.  I don’t know what caused this to happen.

The mystery was solved but what to do now?

I have a 3 foot level that I have assumed was fairly true. I checked it and found that one side was dead-on straight! It’s a bit flimsy so I have to be careful not to flex it when using it as a reference. 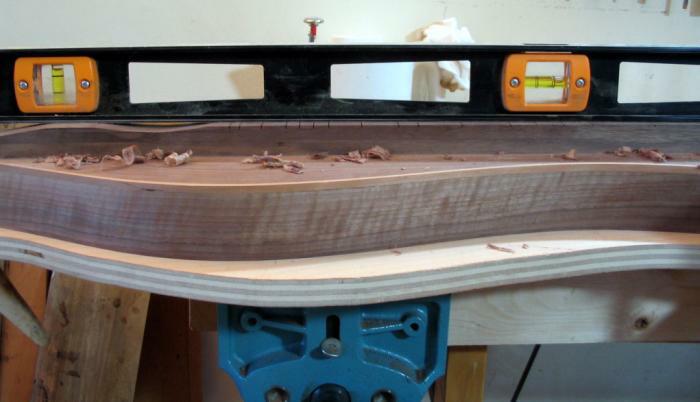 The straightedge was expensive.

When I bought the level I looked for the straightest one by placing them all against each other till I found one that seemed the flattest and most true by eye.

I think I got lucky!

7 thoughts on “When Straightedges Go Bad!”